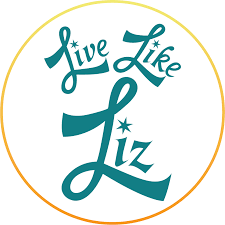 The mission of The Elizabeth Amisano Ovarian Cancer Education Fund (“Live Like Liz Inc.”) is to raise ovarian cancer awareness through education.

The Elizabeth Amisano Ovarian Cancer Education Fund is a 501(c)3 organization administered by The Community Foundation of Elmira, Corning and the Finger Lakes.

The Fund was established in 2006 in Watkins Glen, NY by a group of incredible women looking to make a difference.

Elizabeth Amisano, or “Liz”, as she was known to her many friends, was born into a large and loving family from Watkins Glen, NY. She is survived by her mother Christina (Kelley) Amisano, older brother DJ, and younger sisters Michelle (Fuksman) and Margaret Mary (Tybor). Her loving father, Denis Amisano, passed away in September 2015.

At the age of 18, while away at her first semester of college, Elizabeth began to feel ill. She experienced vague, persistent symptoms for several months. By the time the cause was discovered, Liz had a 10-pound tumor growing from her right ovary: stage IV ovarian cancer.

Still, Liz fought on. She underwent four major surgeries and numerous rounds of chemotherapy. And somehow, she continued to live her life just as brightly. Her positive, fun, and selfless spirit was never dulled for a moment.

In an inconceivable showcase of strength, Liz seemed able to dance on through her life without missing a beat. She continued to go out with her loving friends. When she lost her hair, she bought a bright pink wig—though she mostly rocked a bandana. And a smile. She never ceased to brighten up a room and uplift those around her. She often prayed for others suffering from poverty or disease from her own hospital bed. She continued to love and put others before herself; to find laughter; to enjoy her life.

Elizabeth battled ovarian cancer for two years. She passed away on October 12, 2005 at just 20 years old.